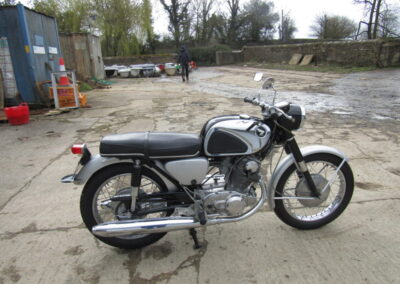 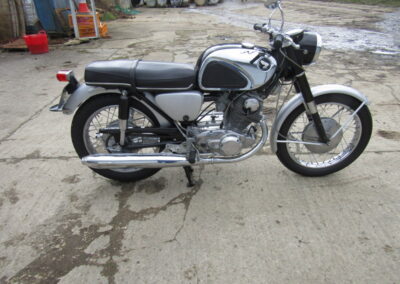 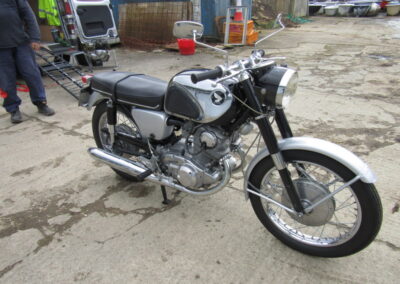 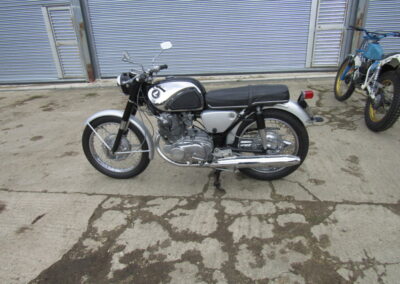 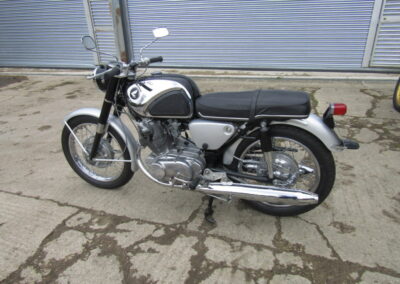 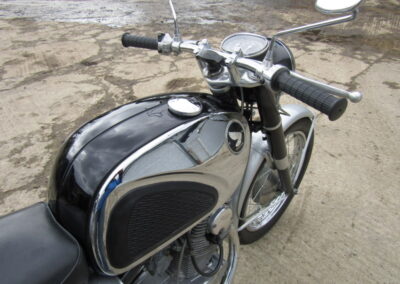 1966 Honda CB77, Black/Silver,  Mint.
The CB77 was produced as the Super Hawk from 1961-67, replacing the Hawk of Elvis fame in the film ‘Roustabout’.  It was road-tested at 104mph and the machine had tele forks and a steel tube frame unlike the earlier models which had a pressed-steel frame.  It was considered to be the first of the ‘superbikes’.