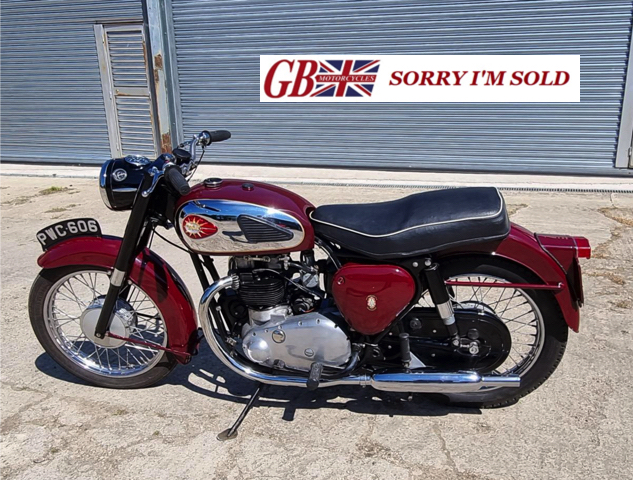 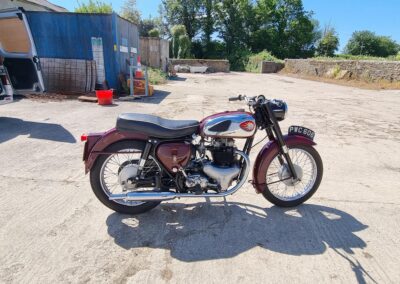 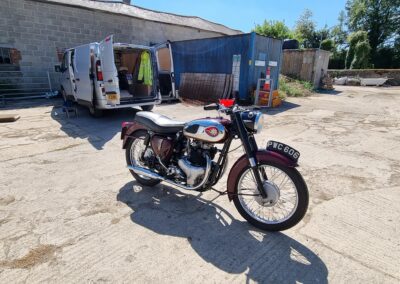 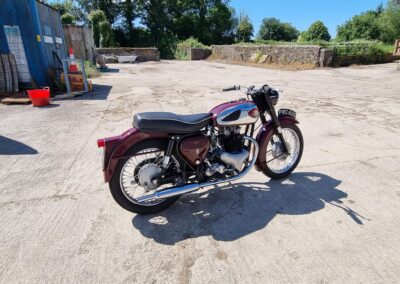 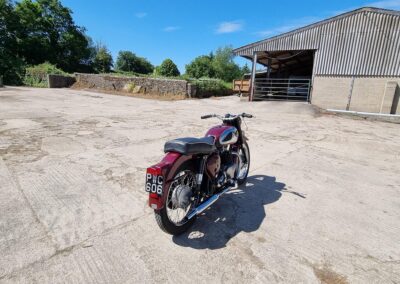 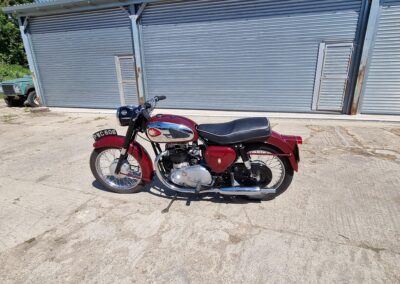 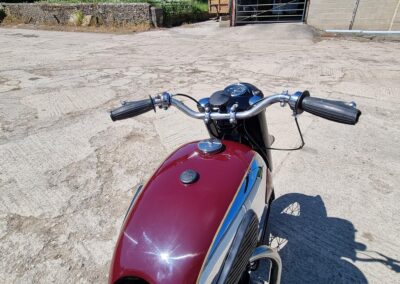 Just in is this 1963 B.S.A. A7 in Fuschia Red, which was supplied by us some time back.
Considered by many to have been B.S.A’s FINEST TWIN.
I have no doubt of this,  having ridden many A7’s.
This is a genuine 1963 model, so would have been one of the last from the factory as the A50 had been built then for over a year, alongside the A7.
This model would have had the Triumph clutch with the central screw adjustment being made via the chain-case cover.
All correct numbers on this one and full service and road-test included.
Only from GB Motorcycles, Wiltshire’s Premier Dealer!