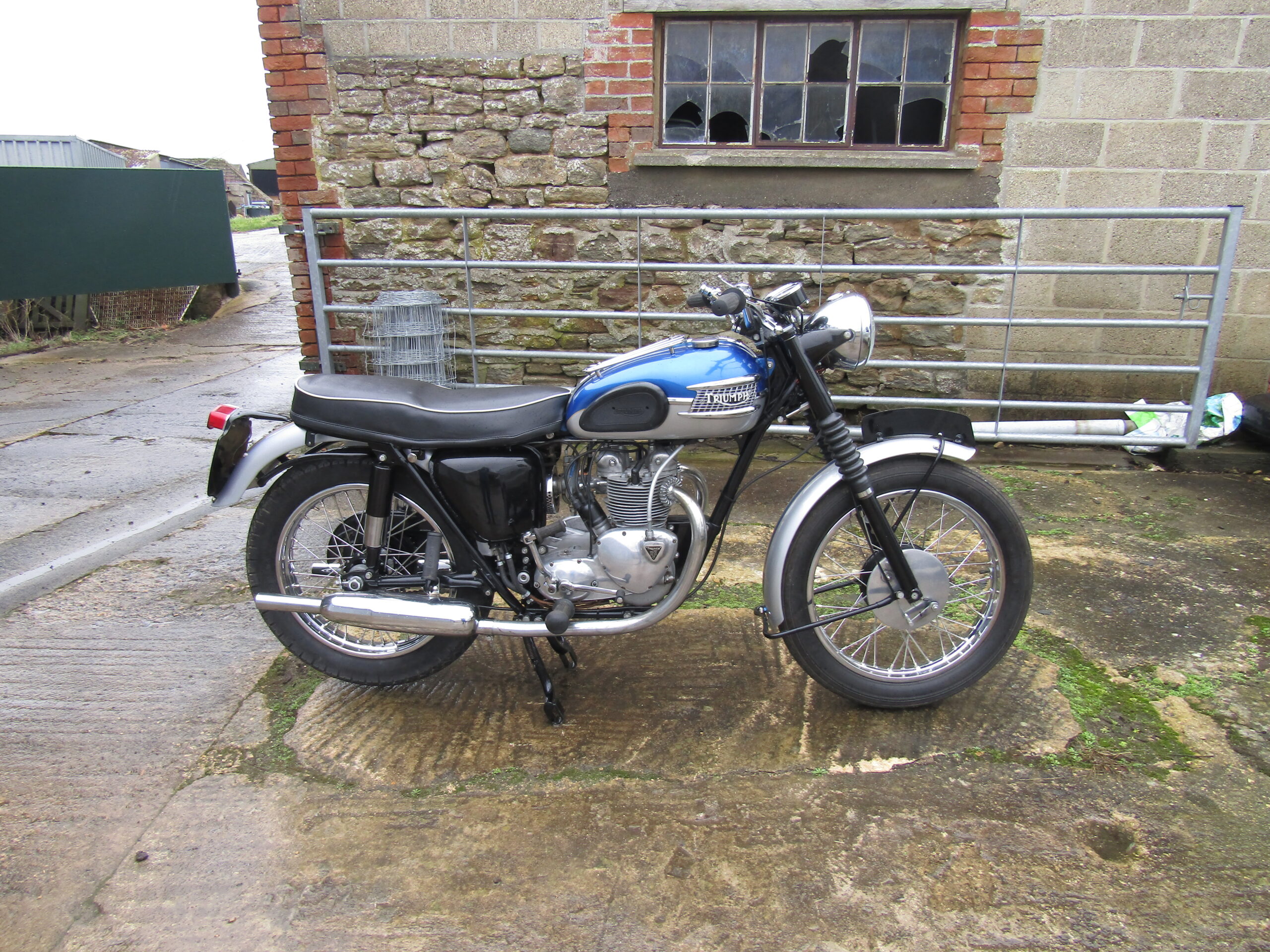 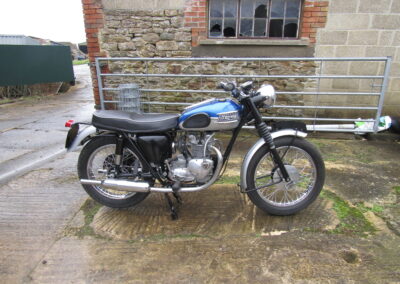 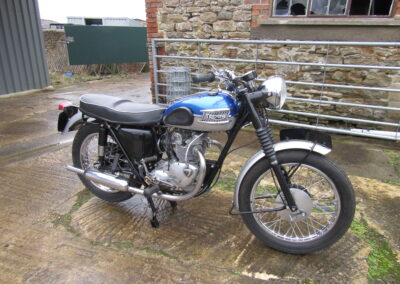 During 1960 and 1961 when Triumph were producing the T100A models and just before the T100SS, six hundred units of the Triumph TR5R were built for the US market.
They were fitted with rev-counters, lift-up seat, a strange 3 band horn and without bath-tub panels.
This is a very rare and superb looking example with matching numbers. It has a distributor driven ignition and runs very well. It has been subject to an extensive rebuild.
I must confess that I have never seen one before, even though I was selling new Triumphs in 1961.  Further photos to follow.
All from Wiltshire’s Premier Dealer!